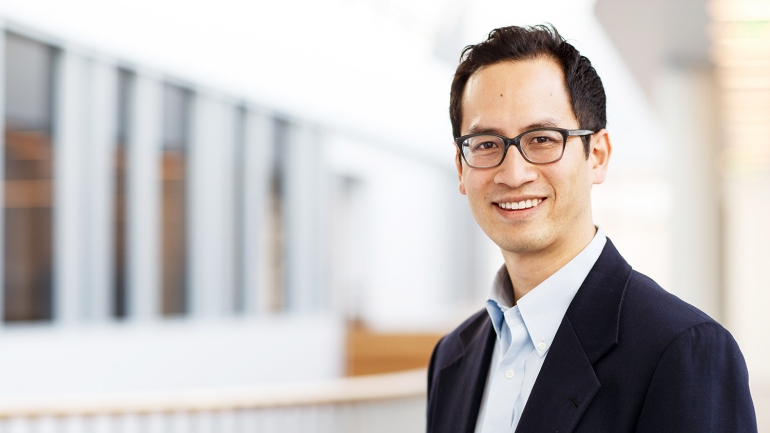 UC San Francisco Chancellor Sam Hawgood, MBBS, announced March 13 that Edward Chang, MD, will be the inaugural William K. Bowes Jr. Biomedical Investigator, in recognition of his groundbreaking research to unlock the brain’s secrets, his inventive approach to neuroscience, and his compassionate care of his patients.

A renowned neurosurgeon, Chang will be the first recipient of the endowment creating the Bowes Biomedical Investigator Program, established to fulfill the late William K. Bowes Jr.’s long-held philosophy to support scientists spearheading high-risk, high-reward research. Bowes, who was a Distinguished Director of the UCSF Foundation Board of Overseers, created the $50 million endowment to provide select scientists with a five-year funding stream to further their research and drive discovery.